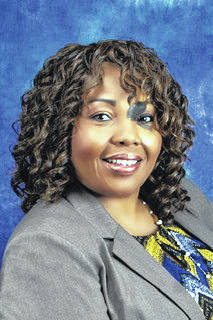 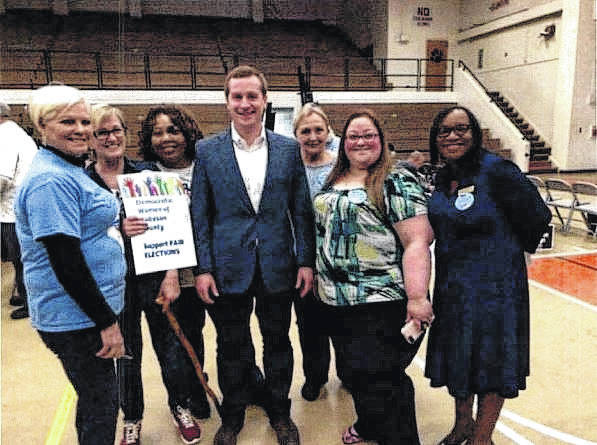 Shown is a group photo that includes Dan McCready, a candidate for the N.C. District 9 seat in the U.S. House of Representatives. The photo was attached to a complaint against Robeson County Board of Elections Chairperson Tiffany Pequise-Powers that was filed with the State Board of Elections. 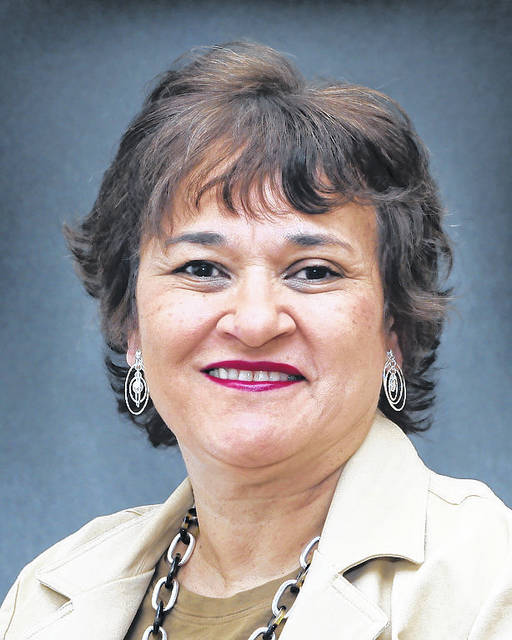 The State Board of Elections had not seen the letter as of 5 p.m. Wednesday, said Patrick Gannon, the state board’s Public Information officer.

She is resigning for personal reasons, said Oxendine, who took her seat on the board on Feb. 26. She has sold her house in Lumberton and there is a chance she will be moving out of Robeson County.

A complaint was made against Oxendine earlier this month. The complaint, heard by the county Elections Board during its Aug. 14 meeting, charged Oxendine with having multiple signs from the Dan Bishop campaign in her yard. Photos of the signs were attached to the complaint charging Oxendine of a violating state law.

The county board does not have the power to hold a hearing and make a ruling, county board Chairperson Tiffany Peguise-Powers said Wednesday. The complaint was filed with the State Board of Elections by a person named Jim Hunt.

During the Aug. 14 meeting Peguise-Powers read a letter from Hunt calling for Oxendine’s resignation because she put up several Dan Bishop signs in her yard. State law says board members cannot do that, Peguise-Powers said during the meeting. Jim Hunt provided photos with his letter.

State Sen. Bishop is the Republican candidate in the race for the N.C. District 9 seat in the U.S. House of Representatives.

Peguise-Powers said she was not aware Oxendine had submitted a resignation letter. Peguise-Powers did say she was aware of the complaint against her, having received a copy.

Powers and Karen Nance, both Democrats, are each the subject of a complaint filed Tuesday by Shannon resident Julius Locklear. In the complaints, Locklear claims Peguise-Powers and Nance violated state law and state board policy against public comments or actions and social media postings that can be interpreted as an endorsement of a political candidate.

The state Elections Board has received the complaints against Powers and Nance, Gannon said. The board’s staff is working to set a date for a hearing on each of the complaints.

“I look forward to going to Raleigh to talk with the State Board of Elections because I did not do anything in violation of the rules,” Peguise-Powers said.

The two photos attached to the complaint were posted by someone else, she said.

“At the time the photos were taken, I was not on the Board of Elections,” Peguise-Powers said.

The group photo was part of a social media post endorsing free and fair elections, she said. She did not pose for, take or post on social media the other photo, which shows her hugging someone.

McCready can be seen clearly in the group photo. The complaint states the photo of Peguise-Powers hugging a man was attached to McCready’s Facebook page.

Attached to the Nance complaint is a copy of a July 19 posting by a “Karen Todd Nance,” that appears to be a reposting of a message from North Carolina Democratic Party Chairman Wayne Goodwin and Third Vice Chair Nida Allam.

The post reads in part, “Last night was deeply upsetting, but not surprising from president and party that encourages division and hate on a daily basis. Senator Thom Tillis, Dan Bishop, Greg Murphy and every single North Carolina Republican lawmaker and candidate who meekly stood on stage while the president fanned the flames of hate must answer why they support a president who encourages racist attacks.”

Also attached is the same group photo attached to the complaint against Powers.

North Carolina General Statute § 163A-796, prohibits state and county boards of elections members and staff from making “written or oral statements intended for general distribution or dissemination to the public at large supporting or opposing the nomination or election of one or more clearly identified candidates for public office.”

The State Board of Elections sent out a policy letter dated Aug. 5, 2014, regarding social media activity.

The policy statement reads in part, “Since taking office on May 1, 2013, the current members of the state board have repeatedly stressed to county board members and staff that it will strictly enforce N.C. Gen. Stat. 163‐39 and the limitations that statute imposes on the political activities of those subject to its restrictions. This provision, among other things, bars board members and staffers from making written or oral statements intended for the public at large supporting either candidates or referenda.”

The policy statement also references a Sept. 23, 2013, ruling by the U.S. Court of Appeals for the Fourth Circuit dealing with Facebook “likes” and their treatment as political speech.

The ruling reads in part that “liking a political candidate’s campaign page communicates the user’s approval of the candidate and supports the campaign by associating the user with it. In this way, it is the Internet equivalent of displaying a political sign in one’s front yard, which the Supreme Court has held is substantive speech.”

In the policy letter county board members and staff are urged “to review their previous social media posts and take action to cure any perception of bias the posts might cast over their official actions.”

LUMBERTON — Robeson Community College trustees acknowledged the resignation of two top employees and the hiring of another during their board meeting Monday. Channing Jones and Brian Nolley officially resigned from the college to pursue […]

LUMBERTON — A hotel construction project that has drawn criticism has cleared a major hurdle and is on its way back to Lumberton City Council for a new round of debate. The city Planning Board […]