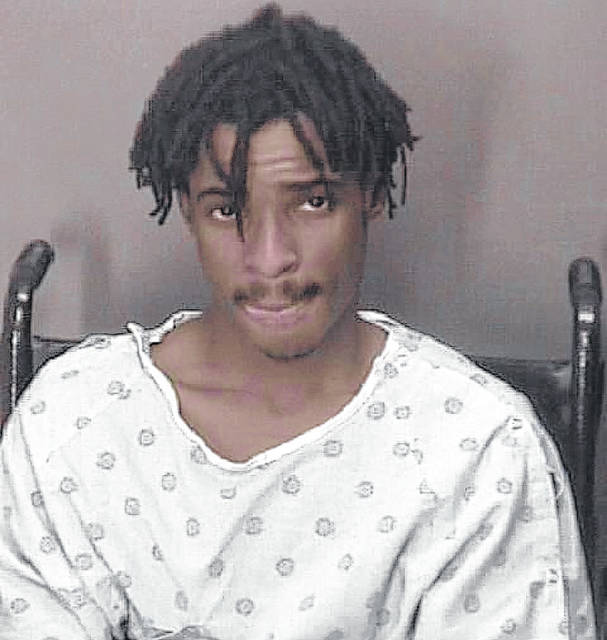 ST PAULS — A shooting victim’s father shot on Monday a 20-year-old Fayetteville man who was charged in relation to the son’s shooting, according to the St. Pauls police chief.

Knowledge Lewis, of Viewsite Drive in Fayetteville, was charged with assault with a deadly weapon with intent to kill or inflict serious bodily injury, assault by pointing a gun, going armed to the terror of the public, discharging a firearm in city limits, and causing injury to personal property, according to Chief of Police Steve Dollinger.

Lewis was placed in the Robeson County Detention Center under a $1 million bond, Dollinger said. He was was held on an additional $50,000 bond for outstanding warrants.

Lewis was then shot by Hunt’s father, Leon Hunt Sr., “who had come to his son’s defense,” according to Dollinger.

Leon Hunt Sr. had not been charged as of Tuesday.

The investigation continues into the events leading up to the shooting, which are unclear, Dollinger said. The shooting initially was believed to be caused by an argument.

Police are asking the public for help with the investigation.

Anyone with information about the shooting should call St. Pauls police detectives Lt. Michael Seago or Bradley Rountree at 910-865-5155.

ST. PAULS — St. Pauls quarterback Noah Wheeler had a decision to make after he watched a near touchdown pop out of his hands, and into the hands of the Fairmont defense in the end […]

Game of the week: Final push toward the playoffs

RED SPRINGS — Red Springs football coach Lawrence Ches knows, and he hopes his team does as well. When it comes to Fairmont versus Red Springs, there’s nothing that should be said. The two cross-county […]