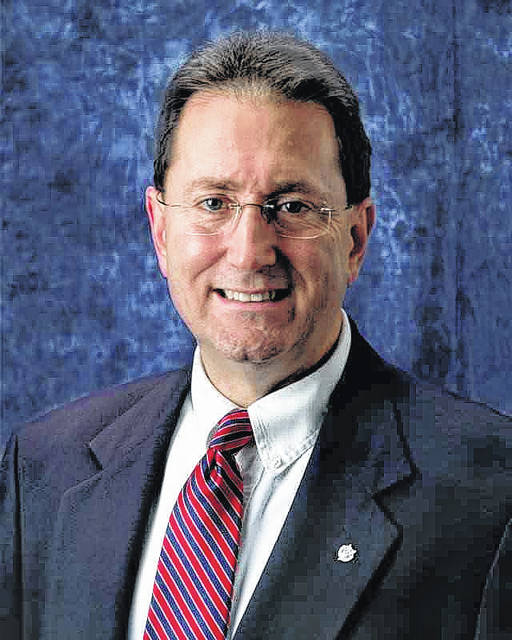 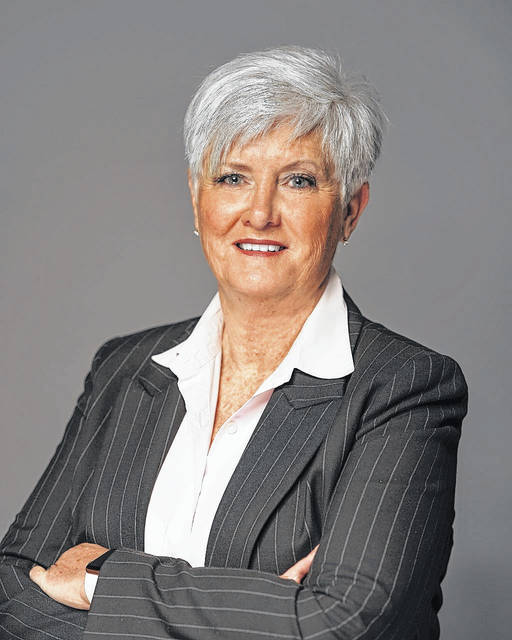 LUMBERTON — The name of a local family that has played an integral part in regional health care for decades went up on a tower Monday.

The UNC Health Southeastern’s board of trustees dedicated the health system’s seven-story patient bed tower as Rust Tower during an unveiling ceremony at the medical center’s main entrance. Board Chair Wayland Lennon unveiled a sign with the new name in front of an audience of the Rust family, board members and health system leaders during a ceremony that was streamed live on Facebook.

“The Rust family has an extreme sense of voluntarism and commitment to Robeson County and our health system,” Lennon said. “Their guidance and leadership have assisted UNC Health Southeastern through triumphs and challenges, while never unwavering from their true mission to provide the citizens of our service area the best that health care can provide.”

UNC Health Southeastern President/CEO Joann Anderson remembered former board member James “Randy” Rust and his influence during her early days as CEO in her remarks.

“Having worked with the Rust family for 14 years, I have appreciated their commitment to doing the right thing to benefit the most people,” Anderson said. “They have collectively worked to ensure health care is always available to our area. The naming of the tower is representative of their desire to have healthcare available for all.”

To conclude the ceremony, Lisa and Kenneth Rust responded on behalf of the family.

“It is indeed a great privilege to be here today and with the greatest of humility we thank you for this honor,” Lisa Rust said. “As much as you honor us today, we recognize that you could put any number of names on the outside of this building and it would still be a shell without the men and women inside the building who practice ubuntu (I am, because we are) love every single day. If our name is associated with that kind of love, then you indeed have given us a great honor, and I thank you.”

Kenneth Rust reflected on the significance of his service and that of his father to the health system board.

“For the last decade or two, many, rural hospitals have been struggling, many are downsizing and even more are closing their doors,” he said. “Yet in the face of that trend, this institution is thriving. Local access to quality health care, especially in any rural county setting, like Robeson County, is a fragile privilege. That is one of the first truths that generations of board members quickly learn as they begin service. ”

Throughout the past 35 years, three members of the Rust family have served on either the health system or Foundation board of trustees.

James “Randy” Rust served on the health system’s board of trustees for 27 years, from 1986 to 2013. During his tenure, Rust served as board chair in 1991-1992, and then again in 1999-2003. He was given Trustee Emeritus status in 2014 to honor his commitment and dedication to Southeastern and the patients served throughout the southeast region.

Randy Rust also served on the Foundation board of trustees from 1990 through 1998. During his service to the health system board, he saw extensive growth in outpatient clinics, rehabilitation centers and fitness centers, emergency and oncology services, and the addition of the Patient Bed Tower. He also supported and assisted with the Take it to the Top! Capital Campaign, which raised more than $4.6 million for projects that upgraded emergency care and cancer treatment and provided private rooms for virtually all hospitalized patients. Rust demonstrated unwavering support of and faith in the proposed open-heart surgery center in cooperation with Duke Health despite many setbacks during the five-year approval process, during which time he traveled to many cities across North Carolina to speak on behalf of the citizens of the community he represented.

Randy Rust and his wife, Mary Anne, served on several Foundation Gala committees. He was recognized statewide for his health care leadership and advocacy efforts by receiving the North Carolina Hospital Association Trustee Service Award for 2002 and election to the NCHA board of trustees in 2003 for a three-year term.

Kenneth Rust has served on the UNC Health Southeastern board of trustees since 2015, including serving as chair for the period 2017-2020. During his tenure as chair, he led numerous projects, including the partnership exploration initiative, which began in August 2018 and concluded with an announcement on Dec, 3, 2020, that the board of trustees had signed a Management Services Agreement with UNC Health. He served during the early and uncertain days of the COVID-19 pandemic through to the availability of a vaccine in December 2020. Other projects he led include the transition of the medical center’s NICU to classification as a Level II unit, the upgrading of the medical center’s operating rooms to a state-of-the-art surgical suite, Hurricane Florence and all of the devastation that followed, and the first graduating class for Medical Residents through Campbell University School of Osteopathic Medicine.

Lisa Rust began her tenure on the Foundation board of trustees in 2000, serving as chair for the period 2009-2011. During her time as chair she oversaw many fundraising efforts for UNC Health Southeastern affiliates, including Southeastern Hospice and Southeastern Hospice House; Gibson Cancer Center, WoodHaven Nursing, Alzheimer’s and Rehabilitation Center; WoodHaven Short-Term Rehabilitation; Emergency Services; Behavioral Health; and the Academic Endowment Fund. Her support and expertise were instrumental in the success of Southeastern Heart Center Campaign that raised $1.6 million, where she served as co-vice chair.

Lisa and Kenneth served on a number of Foundation Gala committees, and were co-chairs in 2002. Lisa Rust continues to serve on the board to raise awareness and funds for UNC Health Southeastern Foundation.