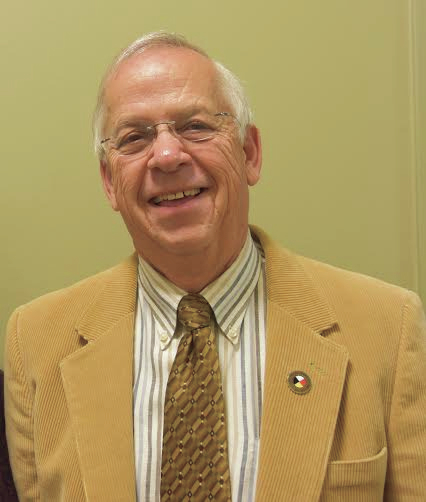 PEMBROKE — The Lumbee Tribal Council on Monday overwhelmingly approved Chairman Harvey Godwin Jr.’s choice for tribal administrator by a vote of 20 to 1.

Dock Locklear, who has been serving as interim administrator since Godwin took over as chairman on Jan. 7, will now hold the position at least for the next six months. Under the Lumbee Constitution, the tribal chairman recommends a tribal administrator, but the full Tribal Council must vote on the nomination before the appointment becomes official.

“I would like to publicly express my thanks and appreciation for exhibiting such commitment to addressing the many needs of the Lumbee people with this appointment,” Godwin said in a statement. “They also deserve praise for the cooperation, support, and unity they have shown in working with me as tribal chair, to ensure our local government focuses on providing the best level of service possible. Mr. Locklear brings a wealth of administrative and managerial experience that will be a major asset in furthering this exciting and effective collaboration within our tribal government.”

Locklear, 70, replaces Tony Hunt, whose contract ran parallel with the term of Paul Brooks, the former chairman who lost re-election in November. Brooks’ term ended the day Godwin was sworn in.

Locklear served as chairman of the Robeson County Elections Board from January 2007 to Dec. 31, 2012. Before heading the Elections Board, he worked as an insurance investigator.

“I’m excited and honored to be serving in this position,” Locklear said this morning. “Basically I will be supervising the daily operations at The Turtle.”

Locklear said that he was “not really surprised” by the support he received from council members on Monday.

“I think the chairman had communicated his wishes to the council members. He reached out to them,” Locklear said. “The council, like the chairman, is ready to get an administrator in place.”