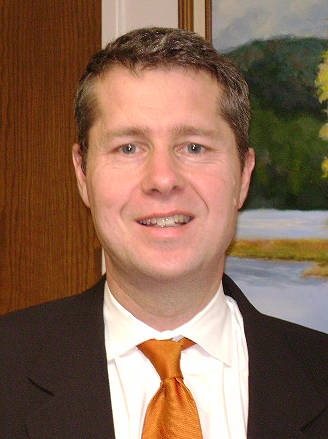 Most presidents have an intelligible foreign policy. For some it’s bold enough to earn a grandiose name — think George H.W. Bush’s “New World Order” — or at least be labeled “doctrine.” James Monroe’s was to keep other powers out of the western hemisphere, Harry Truman’s to counter the expansion of communism. President Trump has called his “principled realism” but, befitting such a fuzzy term, there’s no consensus on what drives the current approach. Some say the administration has abdicated U.S. global leadership. Others that it has acted consistently and resolutely to promote political and economic freedom.

Trump has certainly rejected many of the most important tenets of modern American foreign policy. He eschews multilateralism. The president has been deeply critical of institutions such as the United Nations and NATO and pulled out of agreements such as the Paris Climate Accord, the Iran nuclear deal, UNESCO, and NAFTA — which is now admittedly replaced by the USMCA. He implicitly rejects the notion America’s foreign policy is value-driven, holistic and continuous. This is a product of his experience in the business world, where personal relationships are valued and decisions are therefore idiosyncratic, transactional, and short-lived.

But much of the difficulty in identifying Trump’s foreign policy comes from broader trends in American politics. It used to be that politics stopped “at the water’s edge,” meaning that although the two parties disagreed on domestic matters, they generally shared a foreign policy. This was necessitated by the threat of communism and, after 9/11, Islamic terrorism. If there were partisan differences, they were relatively minor and principled. The Republicans were more hawkish and tended to define American interests narrowly. Democrats were interested in promoting liberal values such as democracy and human rights.

This started to change after the Cold War. But even in the first 15 years of the century, partisan commonalities endured. The neoconservatives in the Bush administration prosecuted the Iraq war, but in many ways to further liberal values like self-determination and individual freedom Democrats embraced. President Obama had similar lofty goals, but also a practical and steely side — as his frequent deployment of drone strikes in the Middle East demonstrated.

Now the parties have taken a more political and tribal approach to foreign policy. They are conspicuously associating themselves with countries or groups that share their ideology. These allegiances can have the added benefit of winning votes at home. To understand Trump’s foreign policy is not to search for a philosophy, let alone principles. It is to think of it as a series of bilateral relations with countries, some of which the president wants to improve, others he’s happy to see deteriorate. By way of a response, many Democrats have come to see American foreign policy the same way. It’s just that Trump and the Republicans’ friends are their foes, and vice-versa.

More than ever, strong support for Israel is a feature of Republican foreign policy. Much of this is explained by Trump’s friendship with Israeli premier Benjamin Netanyahu, but it’s also a recognition of the views of evangelical Christians and influential Jewish-Americans. Democrats, not least because they enjoy almost unanimous support from Muslim-Americans, increasingly support Palestinian interests. Some have called for boycotts of Israel.

Republicans have supported Britain in the Brexit saga, Democrats the European Union — Obama famously warned the U.K. it would have to get to “the back of the line” in any trade deal with the U.S. upon departure. Since the Iraq War — in which Britain was America’s sole meaningful European ally — the GOP has considered France and Germany “old Europe,” to use then Defense Secretary Donald Rumsfeld’s derisive term. It has often supported former Warsaw Pact countries such as Poland in intra-continental disputes. The Democrats are naturally drawn to European countries with progressive politics.

Trump’s election and presidency has revealed Democrats’ deep hatred of Vladimir Putin’s Russia. Some Republicans, particularly the president, prevaricate and, as impeachment shows, sometimes point fingers at Ukraine in the conflict with its huge eastern neighbor. As the Qasim Soleimani killing illustrates, Republicans’ enmity toward Iran is great; Democrats want U.S. policy toward the country to be more flexible. The parties have opposing positions on North Korea. Both are wary of China; Republicans because of its economic might, Democrats for political and cultural reasons.

Beyond nation-states, Republicans see promotion of American business and dealing with large foreign corporations as crucial to foreign policy. Democrats support non-governmental organizations to affect other policies, such as global migration and climate change.

The transformation of American politics from one of broad pragmatic parties and campaigns focused on candidates rather than ideologies is complete. The last holdout was foreign affairs, where the parties had tactical differences but loosely shared common values and often a common policy. Overseas events and international strategy could bring sworn political enemies together for the good of agreed-upon American interests. Now the parties seek out countries, groups, and causes to support, snatching them up as if building an electoral coalition. There is no water’s edge anymore. All politics are domestic.

Andy Taylor is a professor of political science at the School of International and Public Affairs at N.C. State University.