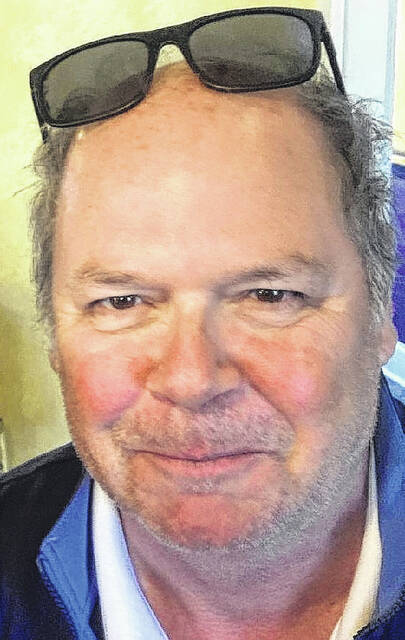 If you do not play golf or you do not have space in your heart to want to help discarded cats and dogs, you need not read any further. Use that time instead to rethink your purpose here on Earth.

But assuming you do play golf, you do want to help homeless cats and dogs, and you are still reading, I am asking you to save a date: March 25, which is a Saturday, is when the 20th annual John P. Williamson Memorial Golf Tournament will be held at Pinecrest Country Club.

The tournament honors John Williamson, an animal lover who was taken from us way too early, and the money it raises supports the Robeson County Humane Society, whose board I serve on.

Last year’s tournament was a tremendous success, with 141 golfers teeing it up and about $23,000 raised – money that is desperately needed at the Humane Society’s West Fifth Street shelter, which is in constant need of costly repairs. All the hardworking staff at the shelter have recently been given raises, but they deserve more.

So, the goal for this year is bigger and better.

Bigger depends on golfers signing up, and an arbitrary goal is 150 of them. The per-team cost is $225, which is $75 a person, and that includes everything except raffle tickets.

The format is superball, with three-person teams paired together. Each team will be required to have a minimum combined handicap of 10 shots, and teams will be preflighted according to total handicap and placed into one of three divisions, the Beth Williamson Division, the Rick Williamson Division or the Bridger and Ben Division.

The idea is to have divisions with golfers of similar skill levels competing against each other so everyone will have an opportunity to win. Double-digit players, for the most part, will not have to compete against the scratch and low-handicap players.

There will be two shotgun starts, one at 8 a.m. and the other at 1:30 p.m., to get all the golfers around. Golfers will play in sixsomes, with two teams in each group, and if you play in superball tournaments, you know why.

In an effort to make the tournament better, a few changes have been made. This year we will serve a hot lunch, hamburgers and hot dogs cooked on a grill, and all the fixings, and there will be plenty of beverages, water, soft drinks and beer.

Perhaps the toughest shot will be trying to make better the silent auction as well as the raffle. Last year we had some tremendous silent auction items, including a basketball signed by UNC’s basketball team, multiple items donated by N.C. State, as well as a Yeti cooler. Right now, we are working on matching or making better last year’s offerings.

We also need gifts for the raffle, typically items in the $25 to $50 range, such as gift certificates to local restaurants and businesses, free rounds of golf, etc. Sponsorships, which begin at $100 and go as high as someone is willing, are also available.

There are plenty of opportunities to contribute to this effort without teeing it up, and everyone is welcome to come out that day to make a bid on the silent auction items.

Anyone interested in playing that day, becoming a sponsor, or contributing an item either for the silent auction or raffle is welcome to contact me or any other board member. I can be reached by calling 910-374-9317 or emailing [email protected]

Hope to hear from you and see you on March 25.

DOUGLAS: Getting real with murder mysteries

They Said It: Notable quotes from the pages of The Robesonian