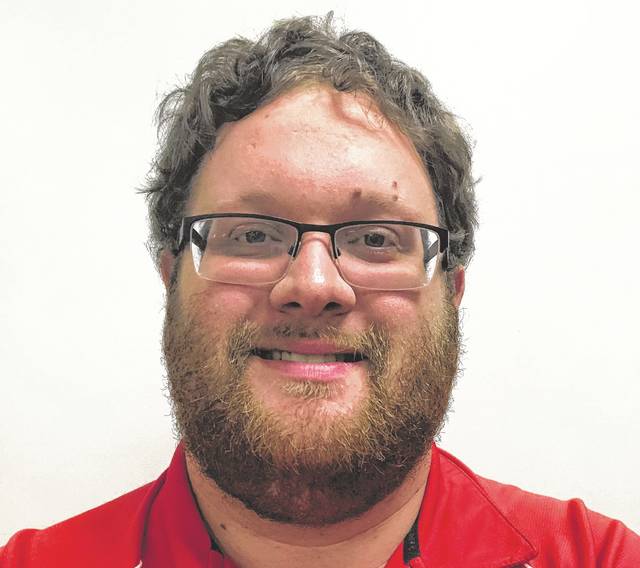 I miss it too — every Friday night I wish I was on a sideline covering our young people doing extraordinary things on the field.

But North Carolina’s Friday night lights are absent, becoming the latest institution of Americana that’s been disrupted by the COVID-19 pandemic.

Yet as schools in other states struggle with outbreaks among their teams, and even those without an outbreak face the challenge of the unknown from week to week, I’m convinced the North Carolina High School Athletic Association made the right decision to push fall sports back to the spring of 2021.

There are 36 states in which the primary high school sports league is having some kind of a fall season, while the other 14 plus the District of Columbia have opted for postponement.

While our South Carolinian neighbors a few miles away are playing, Virginia is not, along with Maryland, Delaware and Washington D.C. in a Mid-Atlantic streak of states opting to wait. That regionalism regarding the decision whether or not to play is common across the map — other than Hawaii, the only states postponing the season who aren’t bordered by at least one other non-playing state are Illinois and New Mexico.

But just because those states are playing football on Fridays right now doesn’t mean a “normal” season is unfolding.

A friend and former co-worker who’s covering sports in Texas says hundreds of athletes across the state have contracted COVID-19. While it’s unreasonable to say none of them would have caught the virus without a football season, many of those cases have been the result of team-based outbreaks. And, he said, that doesn’t even account for other friends and family that the athletes may have spread the virus to — think of the elderly grandparents or asthmatic siblings who are considered high-risk.

Those outbreaks have also caused scheduling headaches for the powers that be.

“The very concept of a ‘schedule’ has been thrown to the wind a long time ago,” he said. “It’s a trainwreck.”

One school that he covers had an excellent chance at a conference championship, and was ranked in the top 10 in the state in its classification — and when you’re a ranked team in a state as big and as football-crazy as Texas, you’re a great team.

A couple of weeks ago, that team had an outbreak. Two games were canceled, and by state rules — unfair and tone-deaf ones, if you ask me — they were forced to forfeit those contests. The chance at a title and a once-in-a-lifetime memory for the athletes, their families and the team’s fans was taken away.

That scenario is not unique to one school out of the thousands across the country playing this fall. It’s also happening, on some level, much closer to us.

A writer from The State in Columbia, South Carolina told me 10 of the 32 schools they cover have had a virus outbreak within a football team, and 30 of the 32 have had games affected by either their outbreak or one at another school.

In Dillon County, which borders Robeson County to the south, out of four schools (three public high schools and one private school), one played Friday. One had a bye week, but the other two had scheduled games that weren’t played. There wasn’t a published reason, but given that the weather wasn’t a factor, you can figure out the likely reason why. (And before anyone starts up about me being a media member who’s somehow happy to report on this, consider that one of those schools is my alma mater.)

What about the money?

Keeping players and coaches safe in a pandemic is the driving factor here, but let’s put it aside momentarily to look at the financial aspect of this.

Many will say money is why the NCHSAA should have played, and why those 36 states who are currently having a football season are in the right, as athletic programs try to survive a difficult time.

But a local athletic director told me the worst thing that could possibly happen is for a season — in any sport, but particularly the revenue-drivers of football and basketball — to start and then have to be shut down because of an outbreak, and potentially even scrapped altogether for this academic year because it was attempted and it didn’t work.

The chances of that scenario, disastrous from both the health and financial perspective, will likely not be zero in the spring. But the odds will be far better by then that the NCHSAA, and each individual high school, can successfully navigate through a season with limited virus impact.

College and pro are playing

But what about the NFL, you ask, or the NCAA?

Yes, the NFL and most Division-I NCAA conferences are currently playing. But there have been issues among teams at those levels — the Tennessee Titans have had 23 confirmed cases, and the University of Houston has lost five games due to preseason scheduling upheaval and outbreaks on other teams.

High school athletic programs don’t have the same resources as college or pro teams, including testing availability and such as it relates to the virus. That’s why, as I wrote in a story last week, UNC Pembroke is slower, at the Division-II level, to start contact sports back up than their Division-I counterparts. If UNCP lacks the resources of higher-level colleges, imagine how much more that’s true at the high-school level.

So it’s a false equivalence to say the Panthers or Tar Heels playing is proof that your high school team of choice should also be playing. High schools usually have one part-time medical/athletic-training staffer, and the rest is left up to coaches, compared to ACC and pro-level programs with entire sports medicine departments in their facilities.

My Texas friend says he’s heard from several of his local sources that Texas’ University Interscholastic League (their equivalent to the NCHSAA) would have postponed the season if the Big 12, in which four large Texas universities compete, would have called off theirs. The Big 12 chose to play, and has had virus issues of their own, and now the schools in the UIL are struggling as well.

The best of a bad situation

Now, there are several elements of the NCHSAA’s athletic schedule for this academic year which aren’t perfect, and are frankly unfortunate for North Carolina’s high-school athletes. Seasons will be shortened, with football holding a seven-game regular season and basketball at 14 as two examples. There will be potentially more overlap of seasons for multi-sport athletes when the team that’s chronologially first makes the playoffs, causing them to miss part of an already-shortened season. Collegiate signees who are enrolling early won’t be able to play their final high school season in the spring semester.

But with everything going on in some of the states that are currently playing, and even at levels above the high-school level, I’ve come to believe that the NCHSAA has done the best job it could for its athletes, its schools and those schools’ communities, and are trying to make the most of a global health crisis by still having some semblance of a sports season, if we can just wait patiently until spring.

Chris Stiles can be reached at 910-816-1977 or by email at [email protected] You can follow him on Twitter at @StilesOnSports.